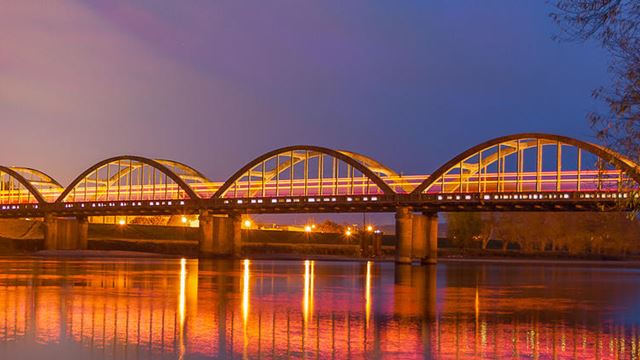 The Lawrence Skate Park committee, Murray Harris, Marilyn Redditt, and student Sophie Ruffell were formally honoured for their volunteer work in the community at the Clutha District Council Community Awards held at the Rosebank Lodge on August 5.

The Lawrence Skate Park committee was presented with the supreme volunteer group award acknowledging their passion to build a skate park that provided a safe environment for youth to enjoy, suitable for all ages and an asset for the Lawrence/Tuapeka community.

The individual awards presented to Mr Harris and Mrs Redditt were an acknowledgement of their loyal commitment and support of West Otago and the community groups and facilities that they had been involved in.

Year 13 South Otago High School student Sophie Ruffell was the successful recipient of the Youth Spirit Award for her outstanding contribution to her school and community and was presented with $750.

However, the judges were so impressed with the overall calibre of the Year 13 recipients nominated this year, that they decided to award additional prizes of $100 each to South Otago High School students Maddie Deacon and Keely Hill along with Blue Mountain College students Luke Thomson and Becky Thomas.

Mayor Bryan Cadogan said it was an absolute pleasure to present the awards and acknowledge the great service these people were doing for their communities in the Clutha District.

“It’s an honour to present these awards to these groups and individuals who are just putting their heart and soul into their community and it’s a privilege for me to be able to formally thank them,” Mayor Cadogan said.

Other groups presented with awards in the various categories included:

- Clutha Budget Advisory for their Happy Feet Footwear Fund, established in 2020 to ensure children of low-income families could buy new, good quality, comfortable shoes for school.  The project was the outcome of their financial mentoring work with families who were often voicing how they struggled to buy school shoes, particularly for their secondary school aged children.

- South Otago Health Support provides health related financial assistance and had directly supported over 200 people in the past year, in the Clutha District who would otherwise have struggled to meet basic needs like visiting the GP, getting a prescription, having access to menstrual products and access to essential hygiene products.

- Lawrence Cowboys for providing a challenge course for riders to develop confidence, horsemanship, and relationships with other keen riders.  It is one of the only courses of its kind in the country and the only cowboy challenge facility in Otago that is available for use by public (most are on private property).

- West Otago Lions have volunteered their time, materials, and services to be involved in serving the West Otago community.  Their involvement in the past year had been to support a number of community projects including gardening and maintenance work at the Ribbonwood Country Rest Home, supporting the elderly in the district by delivering food and firewood and providing financial and hands on help to many of the community groups in the West Otago District.

- West Otago Swimming Pool committee for their dedication to provide and maintain a safe, accessible swimming pool for the West Otago community.  The complex provides affordable, wholesome family entertainment. The pool recently underwent a major facility upgrade and because of the efforts of the committee and the commitment of the community, the pool's use has doubled.  In 2017 there were 98 key holders, this year there were 190.

Winning recipients in each of the Community Group areas received $1,000 and the Supreme Winner of that group received an additional $2,000 to help support the good work they were doing, he said.

Mayor Cadogan said this was the first year the awards were held with Council acknowledging community groups, as well as individual unsung heroes and Clutha youth who were showing leadership and service to their school and community.

Murray Harris – for services to the West Otago community.
Murray has been an integral part of the West Otago Community.  For the past 12 years Murray has served on the West Otago Swimming Pool committee. Volunteering as the president he was able to steer the committee through the facility upgrade from the fundraising efforts to the actual construction.  Murray stepped down from the Chairman role and continues to be fully involved as a volunteer day-to-day handyman and caretaker at the pool.

Murray served in the local volunteer fire brigade for which he received a 14-year long service and good conduct medal. During his involvement he also spent three years serving as the secretary. He is a regular equestrian marshal at A & P shows. This volunteer position started 25 years ago helping with his youngest daughter’s new hobby, pony club. Murray went on to be the President and Secretary and committee member over the years.

Murray has been a member of the Community Centre for the past 10 years and was also involved in its inception.  He has volunteered time over many years to the local theoretical society building sets and organising props.  He was a regular helper on the Hollywood blockbuster film set for Pete’s Dragon. He was on set early in the morning and late at night to assist the head set manager and could see the value of being involved in a project that was going to put Tapanui on the global map

Murray is also a member of the local outdoor bowls club.

Marilyn Redditt - for services to the West Otago community.
Marilyn is the stalwart of two well-run thriving local organisations in West Otago.

Marilyn has been Secretary of the Tapanui Golf Club for 17 years. She retired at the 2021 Annual General Meeting in March after an amazing voluntary service to the Club. As Secretary, over 17 years, she has maintained club records, applied for numerous successful grants, remained up to date with all Clutha District Council Licence's, building requirements and food compliance regulations to name a few.

A credit to Marilyn has been her ability to work with nine different Presidents, often being the consistent steadying factor across many personalities. For the last 17 years she has had her "finger on the pulse and the heart-beat" of the Tapanui Golf Club.

Marilyn has served for 19 years as Treasurer of the West Otago St John. She was recently recognised for her voluntary services to the Order of St John New Zealand with a 15-year service bar. Her outstanding attention to detail and accounting expertise has been exemplary during this time while adjusting to the many changes that are thrown at her by the St John Financial Team. She is an extremely valuable member of the West Otago St John's Committee.

Sophie’s contribution to South Otago High School (SOHS) has been outstanding.  A natural leader, she is not scared of the hard work and the time commitment required by her many extra-curricular activities. Sophie’s drive is to help the community.  She volunteers for so many things from helping in the school canteen, volunteering for the Cancer Society, coaching netball, to organising major events like the school formal.  She is successful at this because of her ability to form good relationships and treat others with care and respect.  She is a sincere young woman with a strong sense of social responsibility.

She has been continuously involved in school, sporting, and community activities and highlights of her many achievements include:

-  Representing the school at the World Vision Seminar in Auckland earlier this year.  This was due to her impressive efforts in organising and leading the 40 Hour Famine in 2020 (and will again in 2021), with the school raising the most it had ever raised, and SOHS highlighted as one of the top fundraising schools in New Zealand.

-  Member of the school council and an Environmental Prefect.  A leader, supporter, and mentor of the Queer Straight Alliance (QSA).  Also, a peer support leader and peer mentor for Year 9’s and currently working towards her GOLD Duke of Edinburgh Award.

-  Her academic success includes a mix of Merit and Excellence awards and endorsements.

-  Her many sporting achievements include being selected for the Senior A netball team in 2020 and 2021, success in school and regional athletics for long jump and shot put, also South Island athletics for shot put.  She is also a talented badminton player at club and school level.

-  Her musical talents include performing in many school productions, a saxophone player, and a previous member of the school orchestra.  With saxophone, orchestra, and vocal group, she was able to perform in the Dunedin Music Festival in 2017, 2018 and 2019.

-  She also has an interest in Languages; previously studied Māori and Mandarin and is currently studying Spanish.

Lawrence Skate Park Inc.
This committee was formed four years ago when a group of ten students from the local area school began writing letters to get the support required to build a skate park in Lawrence.  They wanted a safe environment for youth to partake in a favoured pastime, where they were away from the main road, off the footpaths and out of the car parks.

Since then, $195,000 has been raised through many fundraising efforts and grant applications.  They secured the lease agreement with the Ministry of Education for a site on unused school land for the park to be built.  Skate park builder Dave North was secured to build a state-of-the-art skating facility but due to COVID-19 restrictions was delayed till March 2021 and completed with help of the committee in May.

A demonstration event was held on May 16.  The committee still has more seating and landscaping to do before an official opening will be held in spring.

The project was started by children, for children, and now it is being enjoyed by the children.  The destination skate park is not only meeting the needs of the youth in the community, but it is also bringing visitors to the town.  Since being opened, there has not been a time during daylight hours when it has not had children on it – a great outcome for the community.